Established by a group of eminent community leaders in 1994, Human Welfare Trust (HWT) has become one of India’s leading nongovernmental organizations dedicated to carrying out humanitarian and welfare programs  in Indian states by working in partnership with vulnerable communities regardless of faith, caste, gender or political beliefs and several national and international nongovernmental organizations.

Even though, India is the sixth largest economy in the world on current GDB basis and the third largest economy in the world in PPP terms, the several government commission reports and statistics reveal that, 70% of India’s population is living under the revenue of $2 a day. The Human Welfare Trust is powered with a vision to see India emerge as a welfare society with every individual having access to food, health, education and shelter while ensuring dignity, equality and justice. The trust’s targeted beneficiaries are the millions of Indians specially the socially and educationally underprivileged and marginalized communities who are living in a struggling situation.

Human Welfare Trust is a Non Government Organization with several distinguished and well-known community leaders, scholars and bureaucrats on its board of trustees.

The HWT is under the Vision 2026, an umbrella body which coordinates the several NGOs working in different sectors of social development.

The HWT is associated with the Human Welfare Foundation (HWF) and its 200 local partners spread over India’s 20 states, implemented 4774 projects so far. The number of beneficiaries so far is well above 9 million.

T.Arif Ali, the well-known scholar and social engineer is the current president of Human Welfare Trust.

Human Welfare Trust along with its partners is primarily focusing on following fronts:

Orphaned children are among the most vulnerable in every society. Human Welfare Trust’s Orphan Care program is dedicated to providing quality assistance for orphan child. HWT’s Orphan Care Program strives to ensure orphans receive the basic necessities of life- food, water, healthcare and education-.HWT has implemented Orphanages in remote villages of India.  15,000 orphans and needy children sponsored under HWT and its partners.

Alshifa Multispeciality Hospital is one of the main institution which works under Human Welfare Trust. The hospital is situated in Okhla region in New Delhi, a fast-developing suburban area with approximately 1500,000 populations mainly belonging to lower middle class and lower income groups of the society. The hospital is committed to providing state-of-the art healthcare to the poor and needy at an affordable cost. As per its Vision 2026, the trust has decided to establish 10 Multispeciality Hospital in various Indian states. Alshifa Hospital is the first of its kind established in Delhi.

According to the reports issued by the World Health Organization (WHO), India is home to 97 million people without an access to improved water supplies. HWT’s water and sanitation programs incorporate building infrastructure, improving sanitation and developing hygiene awareness across Indian villages. 2000 water wells and hand pumps were constructed by Human Welfare Trust and the beneficiaries were 400,000 people across 11 Indian states. 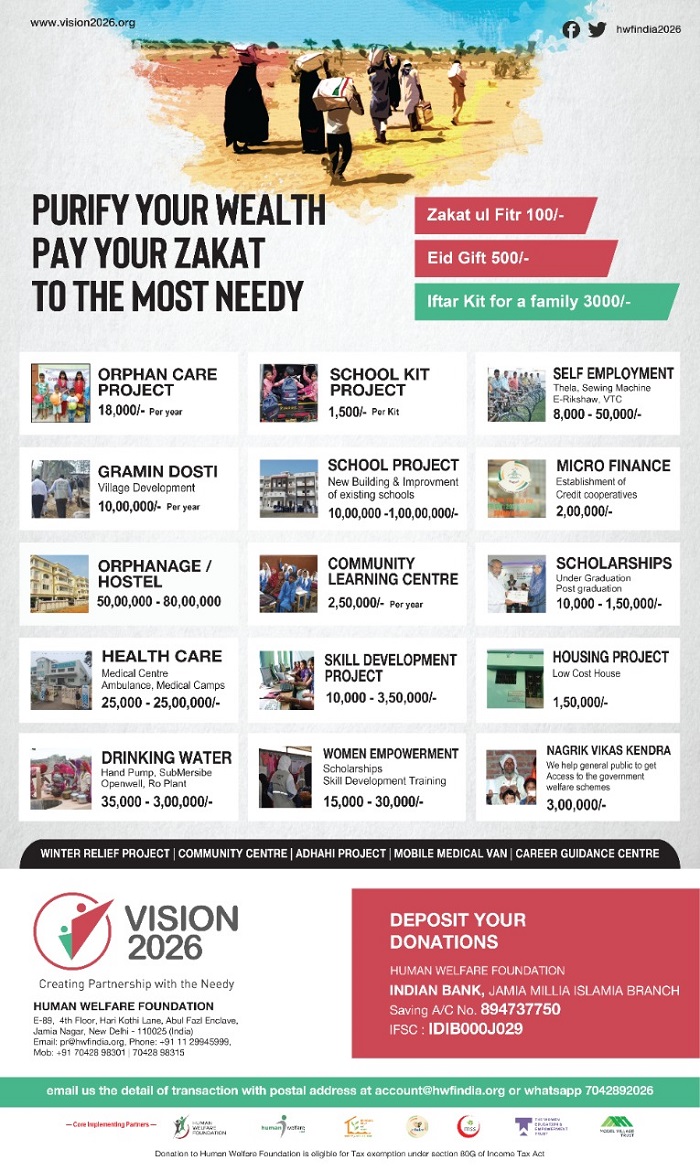 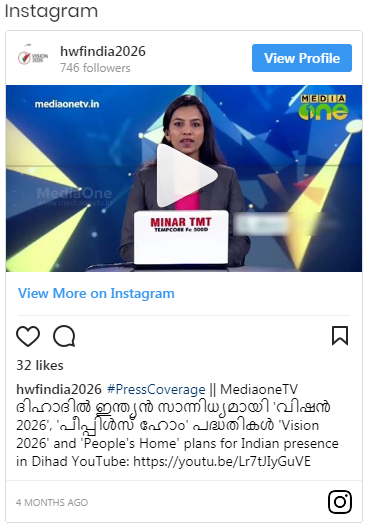